5 New Album Releases (Today!) That You Need to Hear

Check out all these great new albums that release today. All are available on iTunes or on Spotify (free streaming application – awesome!).

1.) Gungor – Ghosts Upon The Earth 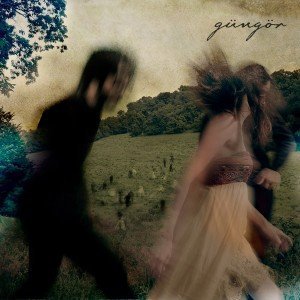 First impression: This is a very “indie-hipster” type album. If you are looking for worship music that will be easy to replicate for congregational use, this probably isn’t for you. However, if you are looking for a Christian album that is willing to take risks and explore diversity of sound and topic, you will fall in love with the creativity of Gungor. Here is a previous review of their first album, Beautiful Things.

To hear a song from their album live, check this video: 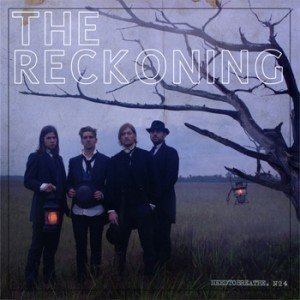 First Impression: Does anyone have a cooler voice than Bear Rinehart? I mean, c’mon. The dude’s name is Bear. Of course my first impression is I love it. I think you will too. 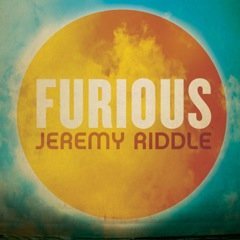 Since none of his songs are on YouTube, here is his most popular single, “Sweetly Broken.” 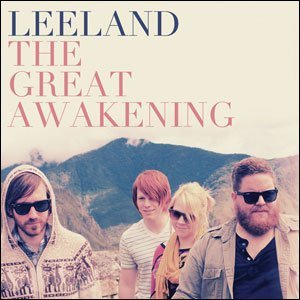 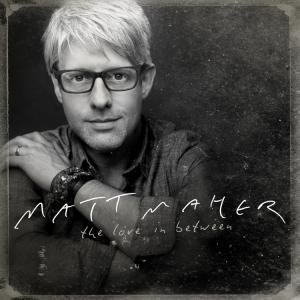 Also, you may want to check out Toby Mac’s latest signing in Jamie Grace. This sounds much more like “Top 40 Radio” does right now. No doubt she’s a talented 19-year old !

Check out her video:

What about you? What do you like on this list? Have you blown all your money on music this week too? 🙂 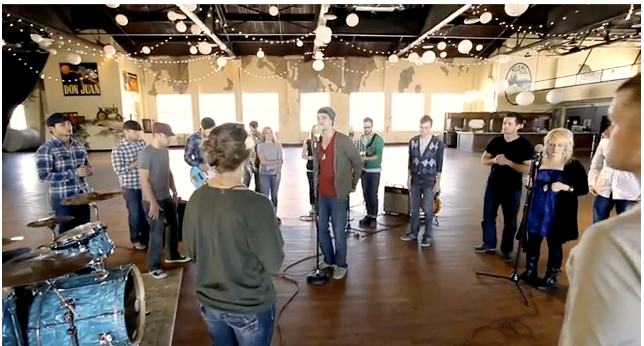 Yeah. I’m going to go out on a limb and say this might be the most incredible poetry you’ll hear all year. David Bowden does an unbelievable job.

And I saw him: Death, with his mighty sting, exhaling in every breath the plight he brings. To the grave he gave victory…

Triumphing over life with the fear of endless sleep. Endlessly, we hide from our mortality. Mortally wounded from birth

We lie to ourselves from infancy, infinitely investing time in a life that will inevitably be taken by this incredible creature that stands before me:

He manifests himself on ordinary days. His 6-foot stomach growls with hunger pangs.

For his meal, he cannot wait. So we are forced to taste him even before the grave.

We are all dying, there is no other way. I see him in Haitian and Japanese earthquakes. He’s hating the escapees of his cruel wakes.

I see him in poverty impoverishing the quality of life for regions that are reachable, and in those with the

reach who find reason not to reach out to treat what is treatable. I see him in disease taking life out of uninfected yet affected families.

I see him in oppression, pressing down on the oppressed and the oppressor.

I see him in depression, in Prozac and pain pills, in razor blades and bed-side wills. I see him in abuse: physical, mental, emotional misuse.

I see him in spiritual confusion, material obsession, physical possessions. I see him in marital transgressions, childhood remorse from an ugly divorce.

I see him in our slavery to appearances, appearing to care more about our images than those in dying villages.

I see him in our ignorance, ignoring truth for some comfortable inference.

I see his emergence in our churches as we pull out emergency verses as deterrents to religious differences, going on the defensive, defending our way of worship, making community worthless.

Death is killing us before we even enter the surface of the earth. We are in the service of his words, “It is finished”; the end of our birth.

We cannot hide from his wretched curse. For death and his grave we constantly rehearse.

Even God himself was coerced. Divinity immersed itself in humanity, humbly taking on flesh, scorning vanity.

The world saw his way of life as insanity. Insisting he cease speaking of his radical Christianity. But Man found him guilty, accusing God of blasphemy.

Performing the ultimate usurpation by slaying Christ on Calvary.

But through their cowardly cross, Jesus embossed mankind with amnesty, championing over death with the beauty of his fatal injury.

And I know, many still doubt, and rightfully so, bringing up this inquiry? What does that poor Jewish man dying on a Roman tree 2,000 years ago have to do with me?

I reply simply: Christ came and died to marry his bride to be.

And though death could kill the groom, it could not kill the ring. God made us one with Christ and life in matrimony’s cling.

Now, the undying church, his ever-living wife can sing.

We have overcome your infamous mystery! In the infinite reign of Christ’s ministry! For we are the resurrection!

The insurrection of fatality! We are the risen deity, the intersection of a dead yet living body! We live through imperfections, for we died to become holy!

We cannot be contained by the mouth of the grave. We are the willing slaves to the one who rose from the garden cave.

We have passed through death to new birth.

We gave the grave to the earth, and we claim today the cross’ worth! The body of his rising!

We are the risen church.

END_OF_DOCUMENT_TOKEN_TO_BE_REPLACED 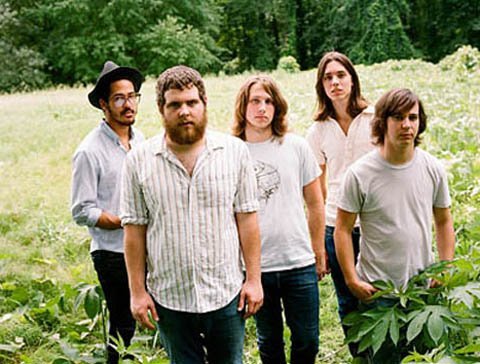 Manchester Orchestra is pretty great.  Check out this video below and let me know what you think.  Lyrics are below the video.

Hunter eyes
I’m lost and hardly noticed, slight goodbye
I want to rip your lips off in my mouth
And even in my greatest moment doubt
The line between deceit and right now

Simple math, it’s how our bodies even got here
Sinful math, the ebb and flow to multiply
What if I was wrong and no one cared to mention
What if it was true and all we thought was right was wrong?
Simple math, the truth cannot be fractioned
Either way…

I imply to mitigate the guilt, we could align
A perfectly constructed alibi
To hush the violent guilt that eats and never dies
In actual blame, they call me once the dark divide

Simple math, it’s why our bodies even lay here
Sinful math, the truth cannot be fashioned
What if you were crazy, would we have to listen then?

What if we’ve been trying to get to where we’ve always been?
What if I was wrong, and started trying to fix it?
What if you believed me? Everything is brilliant

What if I was wrong and you had never questioned it?
What if it was true, that all we thought was right, was wrong?
Simple math, the truth cannot be fractioned
I imply I’ve got to get it back then

What do you think? Do you get it? 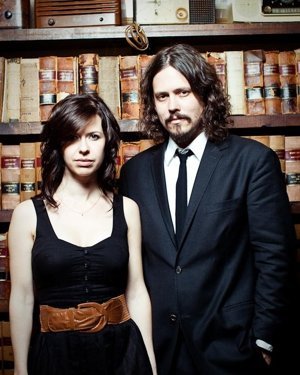 I recommended the band last year and I had a bunch of you send me notes that you really enjoyed the band, so I am reminding you, my friends, to again check out The Civil Wars.  They’ve got a great sound and released their first full-length album for $7.99 on iTunes yesterday.  I’m digging it.

The music is for fans of: The Swell Season, Damien Rice, Lisa Hannigan, She & Him, Alison Krauss & Robert Plant

If you’d like their live album for free, you can get that here, or head to iTunes to get the digital copy of their new album, Barton Hollow.

Stream it for free below: 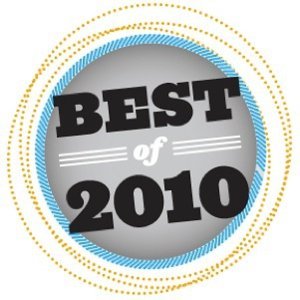 Top Book: Evolving in Monkey Town by Rachel Held Evans (partially because I read it with Sarah)

What about you? What were some of your favorites this past year? 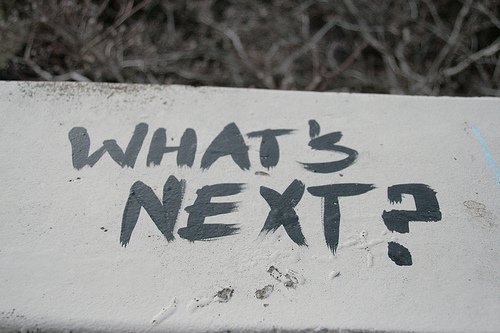 But not when you think about creating a fan base by simply making great music and doing shows.

Also remember – it takes 10,000 hours of practice to become an expert at something.  Yes, I typed the correct number of zeroes there.  This is the real overwhelming piece of the equation.  Becoming good at what you do.

What do you think of the future of the music industry?  Do artists need to continue to pursue most of these marketing strategies (in the video) in order to be successful?