Warning: Declaration of Standard_Nav_Walker::end_el(&$output, $item, $depth, $args) should be compatible with Walker_Nav_Menu::end_el(&$output, $item, $depth = 0, $args = NULL) in /home/customer/www/jonathansigmon.com/public_html/wp-content/themes/standard-base/lib/Standard_Nav_Walker.class.php on line 0
 A Vent to the Press on Qur’an Burning | Jonathan Sigmon

A Vent to the Press on Qur’an Burning 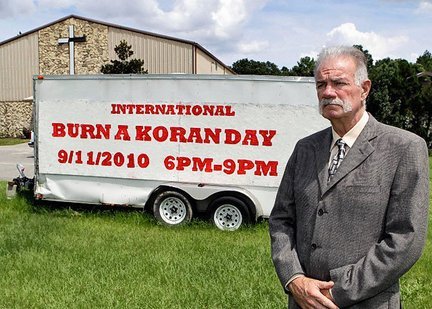 I am frustrated by the coverage of “Pastor” Terry Jones and his disrespect to the Muslim religion.  By continuing to cover this story, you are giving Terry Jones a national voice that he does not deserve.  In fact, Terry Jones now has an international voice, and may prove to be fuel for Islamic extremists.  The walls put up between the West and the Middle East need to come down.  Most Christians, like myself, are advocating for the complete opposite of this message, yet our voice is being clouded by a few Christian-crazies.  The rest of us who call ourselves followers of Christ take seriously the message of Jesus to “love our enemy.” In fact, in John 13, Jesus takes the lowest form of humility for others and instead of responding in hate, he gets down on his knees and washes his disciples feet.  He knew he was about to be betrayed by a close friend, and still chose to not only graciously accept his brother, but to serve him in a lowly way.

So, my plea is to stop giving coverage to the extremists in the Christian camp, so that we can continue to work towards peace.  My prayer is that God can change the heart of Mr. Jones and that all of us would learn to “love our neighbor as ourselves” (Mark 12:31).