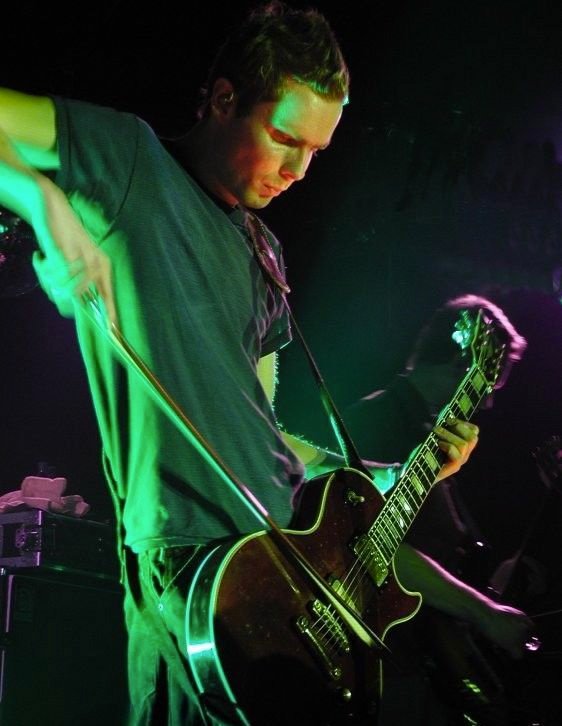 In a world filled with singles, the minimalist, rock group from Iceland known as Sigur Rós does not just make songs – they make albums.  If you have not heard the ethereal sounds of Sigur Rós’ music before, you are in for a relaxing and exciting treat today, my friends.  In English, the name is pronounced /ˈsɪɡər ˈrɒs/ (which didn’t help me any) or you can hear it pronounced for you here.  When you begin to hear the music, you notice that the falsetto voice of lead singer Jónsi Birgisson is difficult to understand.  This is because he is speaking “hopelandic”, which is an artist-created language Birgisson uses to blend his vocals as an instrument, as opposed to the typical use of vocals to communicate a message in a known language.  He describes this concept below:

what language does jónsi sing in?
on “von, ágætis byrjun” and “takk”, jónsi sang most songs in icelandic but a few of the songs were sung in ‘hopelandic’. all of the vocals are, however, in hopelandic. hopelandic (vonlenska in icelandic) is the ‘invented language’ in which jónsi sings before lyrics are written to the vocals. it’s of course not an actual language by definition (no vocabulary, grammar, etc.), it’s rather a form of gibberish vocals that fits to the music and acts as another instrument. jónsi likens it with what singers sometimes do when they’ve decided on the melody but haven’t written the lyrics yet. many languages were considered to be used, including english, but they decided on hopelandic. hopelandic (vonlenska) got its name from first song which jónsi sang it on, hope (von). tracks 7-9 on takk… are in hopelandic.

The creativity of the band is unbelievable. Listening to any of their albums is strange, yet inspiring. Their orchestration and ambient overdrives are a delight.

Enough talk – just take a listen and buy “Takk…” or “Með suð í eyrum við spilum endalaust” (translated: “With a Buzz in Our Ears We Play Endlessly”). It will make your heart happy, regardless of how your Valentine’s Day was. 🙂

(Just listen – video is not as important…)

Sadly (for us as listeners), Sigur Rós announced in January that they have decided to take a break and spend time with their family and pursue other individual endeavors for now.  Sigur Rós’ brilliant music, however, still remains.

Let me know what you think. Too weird, or a joy to the ears?

UPDATE!! Jonsi is on tour now! Check the video out: