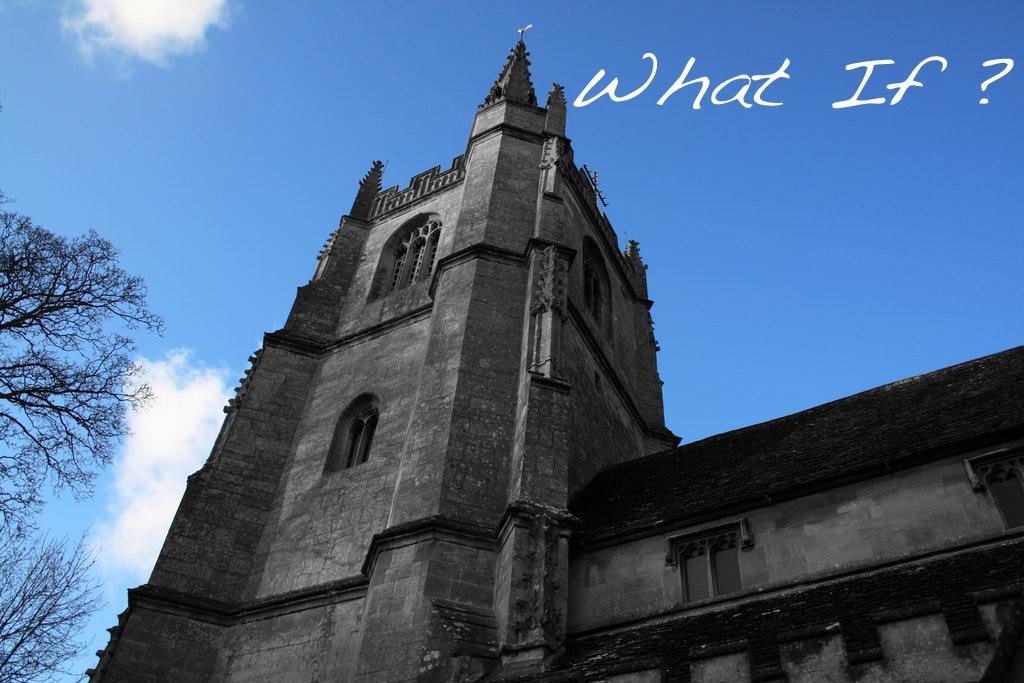 What if you could create a church that was exactly the way you would have it? What would it look like?  Who would come?  Who would you impact?  How many lives would you end up making a positive influence on? Who, in effect, might that group actually end up building up walls for rather than bringing people closer to the way of Jesus of Nazareth?

Now, what if you had to choose a church in your area and accept it for all of its flaws, but also felt comfortable enough to bring someone with many different life experiences?  What would you place as the biggest priority of the group?  Community? “Jesus”?  The trinity? The people you attracted? How the message was relayed?

What if there was a church that was filled with diversity? What if at this place there were suburban and urban people, hippies and rockers, rappers and someone who’s been shot 9 times (no…50 cent doesn’t go to this church, but he would be welcomed), vegetarians and meat lovers, young and vibrant, old and wise, and people with young families?

What if there was a church that truly valued people more than anything else? What if one of the core values was to never let the building become a financial priority sucking up unnecessary resources, but still found a place large enough for gathering?  What if this place threw a free breakfast for your city and had a woman so touched and overwhelmed when she found this out that tears steamed down from her face (sounds like Coldplay lyrics)?  What if this lady, the week before this mother’s day event, was evicted from her home because of actions caused by her helping hand to her own daughter and son-in-law? What if this church bought her a bus pass after providing a free meal, no strings attached?  What if you had someone from this church community who lost his job in a tough economy and another married couple from the church agreed to let this young man live with them while he worked and saved up enough money to be on his own again?  What if another group left a couple of days ago to go build schools in the rainforests of South America?  What if you had people in your congregation who struggled with binge eating, alcoholism, weed smoking, pride, lust, and anything else under the sun? What if in spite of these things, these people daily tried to make strides towards becoming more like their Creator?

What if at Christmas time, a teacher from the church group came to the community and said that there were tons of children in need for clothes, food, and school supplies?  What if the church sacrificed receiving any sort of money for 6-8 weeks and gave it all to children in need? What if there was a devastating tragedy of a local 9 year girl being shot and killed and the community deciding to take its entire offering of over $500 to give to the family?

What if your worship leader had dread-locks? What if you had a whole host of musicians and worship leaders that all brought different ideas and talents to the service? What if there were no performances, but instead there were frequent times of silence and reflection? What if as a sign of unity, communion was done during every Sunday morning gathering?

What if there was a church that sucked at organizing, but did what it could in order to be more effective for the Kingdom of God?

What if you had a pastor that loved Jesus with all he or she was and took a ridiculously low salary in order to be able to help change your city?  What if this pastor was extremely well-educated who could relate with the highest of intellectuals as well as his neighbor who never made it through high school?  What if this pastor allowed you to swear and said there were bigger fish to fry than worry about a word without a harmful connotation toward another human being?  What if your pastor occasionally enjoyed a cold beer?  What if your pastor understood a generation full of people with hard hearts towards the church, but could channel their energies not towards the destruction of other things, but could break down those walls and point them towards positive things? What if your pastor was rough around the edges, but could admit he was wrong?  What if after a self-proclaimed poor sermon, he relied on his community and leaders for encouragement and simply people to hang out with?  What if his or her leadership style was empowerment instead of control?  What if the pastor tried extremely hard not to insult your intelligence and recycle the same cliches you have heard from a million different church leaders growing up, but made Jesus’ teachings fresh and relevant to your life?  What if this pastor blogged amazing insights daily that forced you to grow outside of a 30 minute sermon on Sunday?  What if, in fact, your pastor had a blogged that was ranked in the “top 25 most popular Christian blogs?”  What if the church had a well done website and used media to proclaim Christ through the medium of the web?

What if there was a church founded on helping the poor, the forgotten, and the needy? What if this church was a part of a solid denomination that not only helped support the group, but also helped keep them accountable?  What if the people there professed that they were “everyday, ordinary people, deeply moved, inspired, and empowered by God’s Holy Spirit.”  What if this community tried harder to show God’s love than to talk about it and not let their actions show their message?  What if the group was passionate about local and global social injustices?

What if the gospel of the Bible and Jesus’ words were the center, and tough questions were regularly raised like, “Why does God possibly look different in the old testament and Jesus seem to preach something else”?  If everything in Heaven is good, how does Lucifer/angels, even with free will, have envy to be equal to God? How does envy and sin fit in with Heaven??  If the writers of the Bible had wrong views of the world (such as the world was flat or were influenced by mythological thinking), how does that impact how God reveals himself through the Word?  What if there were these questions and more that the community explored, but placed a higher value on going out and serving others?

What if you simply enjoyed church again (or for the first time)?

What if this church was barely out of “planting” stage?  What if all this happened in one year?  What if these were actually just reflections on your local, Lancaster church?