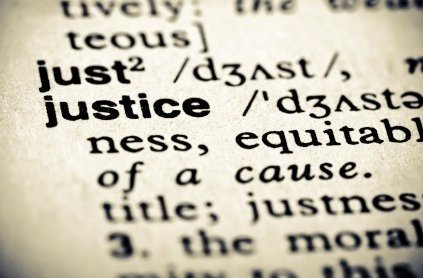 I read this extremely helpful article from Scot McKnight posted at the Catalyst Blog.  He is the most popular Christian blogger on the planet and I am SO thankful for his voice.

I will just add a quick note beforehand – I know how the words “social justice” can really fire up Christians, so my only request is to read this with an open mind, no matter where you stand on those two words.  I really appreciated these words from Scot.

Where Justice is Most Just

Before I make my point, a sketch of our context. There have been three major shifts in the last fifty years for contemporary evangelical Christianity: worship shifted from hymns and choirs to worship bands, denominational affiliation continues to be less and less of a factor, and justice ministries have consumed more and more of the budget. Fifty years ago many, if not most, non-mainline American churches avoided social justice. In fact, a pervasive thought was that social justice meant social gospel, and social gospel meant liberalism, and that meant “Don’t even begin to think about it!” But that’s behind us now.

However we explain this shift in interest in social justice, it can be connected to both sides of the political spectrum, both to the moral majority movement and to strong voices like Jim Wallis. What is not in dispute is that young Christians believe social justice is inherent to the Christian task and to leadership.

I’d like to suggest that part of the rediscovery of justice in our churches finds profound biblical support, not the least of which is a string of passages in the Gospel of Luke. Without discussing each, I will mention them, and then I want to offer a strong warning. If you sit down with your Bible and read carefully through this set of passages you will be driven to the conclusion that justice was at the heart of Jesus’ mission. Read Luke 1:46-55, commonly called the Magnificat; then Luke 1:67-79, the Benedictus; then Luke 3:10-14, where John the Baptist explains what repentance looks like at the practical level. These three texts and persons had a profound influence on Jesus because they were God’s chosen instruments to prepare the way for Jesus. Each of them sees the day when God’s kingdom will break into history and one of the central themes will be justice – and that means economic transformation. Oppression will end for the poor.

Now to Jesus. Jesus’ first sermon in his hometown synagogue, in Nazareth, involved quoting lines from Isaiah 61 that define the ministry of Jesus as preaching the gospel to the poor (Luke 4:18-19). Then in the opening lines to Jesus’ most famous sermon, called the Sermon on the Plain/Mount, Jesus turns society inside out by setting out a vision of just relations (Luke 6:20-26). Finally, when John is in prison and wondering if he will ever be set loose, he sends messengers to Jesus to see if Jesus is after all who he (John) thinks he is. Jesus’ response appeals to passages in Isaiah 29, 35 and 61 and once again he sees his mission as reshaping society in just ways. Namely, the formerly excluded will now be at the table. Justice from Mary to Jesus and John: it’s all over the Gospels.

But a warning. I am 100% on board about social justice and I’m thrilled to see so many churches and especially young leaders take up the kingdom vision of Jesus. And I am thrilled so many leaders are leading the charge by directing focus on helping the poor and providing water and forming disciples as those who do justice.

But I see two problems, and I’m asking you to consider carefully and prayerfully these two problems. First, for too many, social justice means voting for the right party. The economy is part of social justice, and our national debt mortgages away the future of our children and grandchildren. Many want to fight it. And healthcare is a concern for many of us, and fighting for the rights of everyone to have adequate healthcare is a noble cause for followers of Jesus. And international poverty and slave trading and healthy water and food … all genuine Christian concerns directly connect-able to the kingdom vision of Jesus.

But I see an increasing number of followers of Jesus who think this means getting involved in the bureaucracy of governments and politics in order to bring about these noble goals. In fact, at times – and we will see this all over again by the end of the year when elections begin to heat up – one wonders if our hope, our eschatology, is an eschatology of politics. Is the way to change the world into a more just world through political platforms?

I ask you to consider this: How did Jesus change the world? Did he go to Jerusalem or Rome and protest? Did he advocate for a different king on the throne in Jerusalem or push for a new Caesar? I ask these questions because I know their answers are No.

Which leads me to my second problem, and it answers the first problem: the place for Christians to advocate for change is the local church.

Those six passages I mentioned above in the Gospel of Luke come to their fitting conclusion in Acts 2:42-47. In that small Jerusalem community justice was embodied and a new society was created. I want to suggest to you that this is our vision.

Let us work for justice, but let us embody that vision in our local church, let us do justice by taking care of the poor in our church and then the local justice spread that into our local community and world. Justice is most just when it is established by followers of Jesus in just communities of Jesus.

SCOT McKNIGHT is a professor at North Park University in Chicagoland. He’s also the most popular Christian blogger in the world. You can read more of his insights at JesusCreed.

Agree? What do you think about the two problems Scot proposes with social justice?